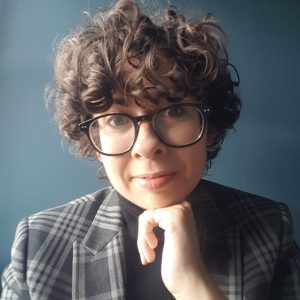 Leni joined Galop in June 2020 as Chief Executive Officer. Leni is passionate about supporting and serving the LGBT+ community, and has worked within a range of LGBT+ and human rights organisations before coming to Galop. Leni comes from a fundraising background.

David joined the Baring Foundation as Deputy Director in 2014.  He began his career as a lawyer in private practice, training and working at the international law firm Herbert Smith Freehills LLP.  Since then, he has worked on public interest litigation and human rights at the National Center for Lesbian Rights in San Francisco and as Global Pro Bono Advisor at the law firm Linklaters LLP.  David is also a trustee at the Kaleidoscope Trust, which works to uphold the rights of LGBT+ people internationally.

Catherine has been working in accounting for the last 10 years. She has experience in Financial Services, Professional Services, Hospitality, and is currently Financial Controller for an entertainments company. She has comprehensive experience of financial reporting, managing cashflow and strategic financial planning.

Saba works with various clients highlighting the mental health and wellbeing of young people, lack of support they receive, issues with cultural identity, racism and homophobia/transphobia. She provides press, PR and communications support as well as managing social media and supporting campaign work. She sits on the Crown Prosecution Service LISP for hate crime.

Rowan is a qualified accountant and project manager and a member of the Association of Chartered Certified Accountants (ACCA) since 2011.  He has worked the UK Government Department for the Environment, Food and Rural Affairs (Defra) for over 12 years in various Finance and Project Management functions and has been the Head of Management Accounting for the last 3 years. He is also the LGBT+ champion for the department’s Equality, Diversity and Inclusion network and has played a key role in the development of departmental policies on trans and non-binary inclusion. Prior to moving to Scotland he was actively involved with local LGBT+ groups in the West Midlands, providing advice and consultation to local government and employers to improve the lives and service experiences of queer trans men and non-binary people in particular.

Maari Nastari is a registered social worker with 10 years’ experience of working in the LGBT+ charity sector. They bring a strong operational understanding to the board as well as knowledge of local and national LGBT+ services. They are currently particularly active in trying to improving the experience for trans and non-binary people.

Anna is the Researcher and Coordinator of the All-Party Parliamentary Group on Global LGBT+ Rights. She was previously the co-chair of IGLYO (the International Lesbian, Gay, Bisexual, Transgender, Queer and Intersex Youth & Student Organisation).

Gemma has been working in the domestic abuse sector for the last 10 years. She started her career working in frontline services including refuges, advocacy services and delivering community groups. More recently she has been working at a strategic level leading on multi-agency risk assessment conferences and domestic homicide reviews. She is also an associate trainer delivering domestic abuse training to police forces nationally which aims to change the attitudes, culture and behaviour of the police frontline response to domestic abuse. She also chairs the Gender Empowerment Network at Victim Support to raise awareness and provide a safe space for people of all genders.

In 2008, Jay co-founded Gendered Intelligence (GI) and now oversees the main activities across the organisation in his role as CEO. He sits on a wide range of forums and networks such as the National Transgender Advisory Board for trans prisoners with the Ministry of Justice. In 2013 he gained a doctorate in the Visual Cultures department at Goldsmiths College, University of London with the thesis “Trans on Telly: Popular Documentary and the Production of Transgender Knowledge”. He has published widely on the subject of trans culture, communities and equality.

Bex trained as a barrister, before focusing on gender recognition legislation. This led to her working with Stonewall, where she led their trans inclusion work between 2016-2019. Bex, still in the charity sector, now works on welfare and benefits policy.

Eleanor began her career as an employment lawyer in private practice before moving in house to a city financial services firm.  She went on to hold various specialist and general HR roles, before becoming Head of HR and an executive committee member.  Her professional expertise covers the spectrum of HR, with particular interests in employee relations, change management, culture, wellbeing and diversity & inclusion.  She lives in South London and is proudly bringing her two children up to believe that there is no such thing as boy jobs or girl jobs, that they can love anyone they like, and that their rugby supporting loyalties should lie with Wales.