The couple tried to cope with this by keeping their windows shut to block out the abuse and not spending time in their garden. The neighbours rang their doorbell multiple times every night, until Magda had the doorbell removed. Over a long time, incidents like these eroded Kristina and Magda’s quality of life, peace and enjoyment, and significantly impacted their mental and physical health. They reported the incidents to the police and the council, but nothing changed and no one seemed willing to help them.

After their first meeting with Galop, Magda and Kristina said that a weight had been lifted from them. It helped to know they had a Galop advocate on their side who knew their rights and the law. Their Galop worker advocated, on their behalf, with the council and police, and the neighbours were issued with warnings and faced legal consequences for their homophobic behaviour for the first time. The abuse stopped and two months after Magda and Kristina first contacted Galop, the neighbours moved out. 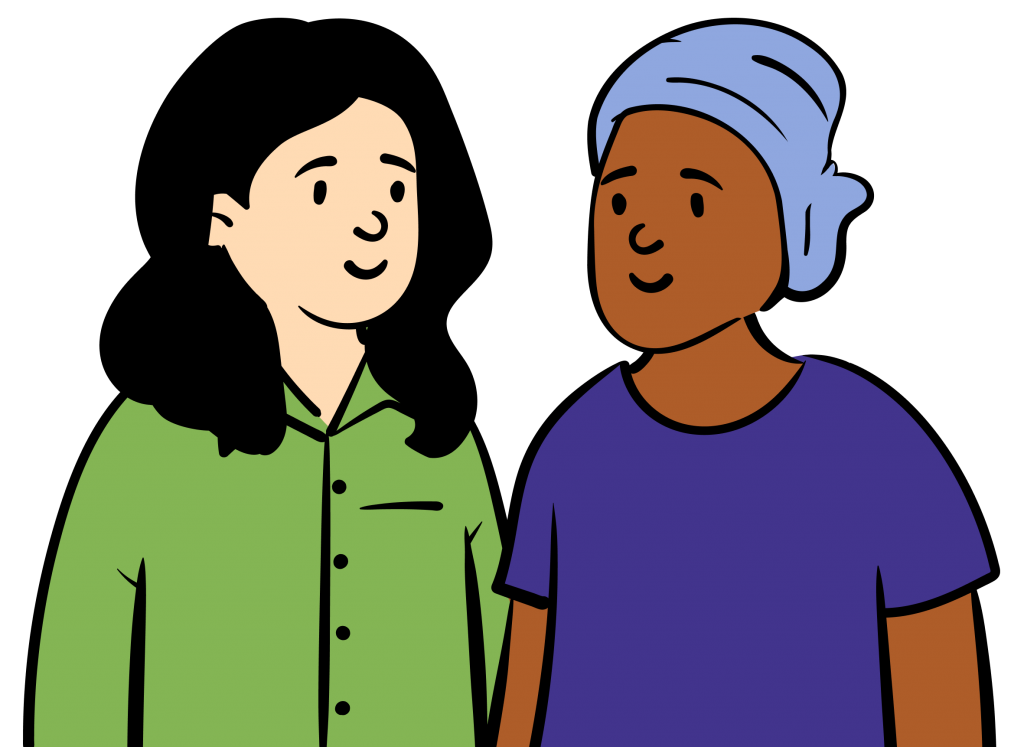 The service was fantastic. My wife and I were listened to, treated with respect and understood. After months of being ignored by police and housing department which left us at the mercy of the abuser having someone who took us seriously meant a lot. It was an absolute relief to know that there is somebody who gets it.